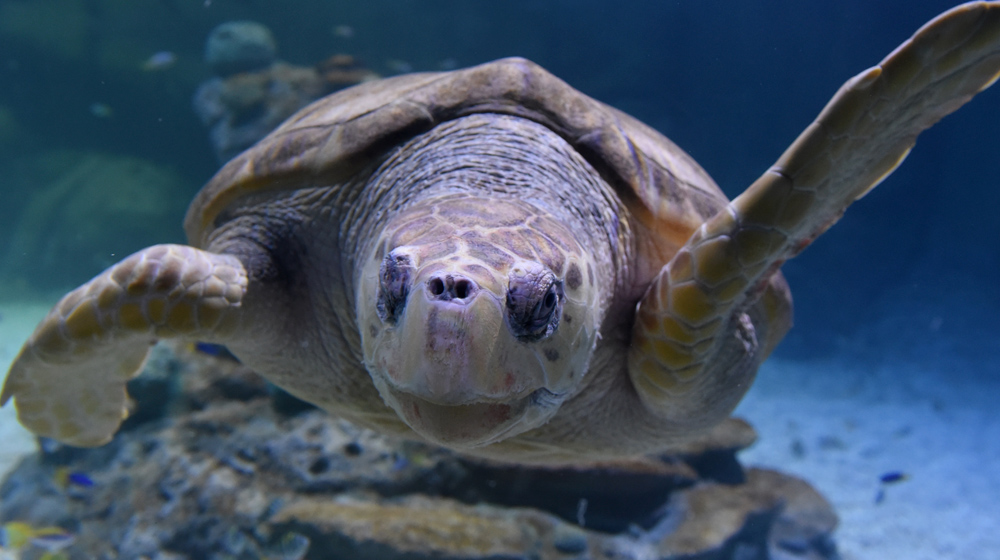 The Junta de Andalucía (Government of Andalucía) and the Doñana Biological Station (CSIC) collaborate in a program to restore beaches to enable loggerhead sea turtles to recover nesting locations.

The Loggerhead sea turtle (Caretta caretta) is a species indiginous to the eastern and western Atlantic Ocean as well as to the Mediterranean. However, its world population has diminished in the past years.

Therefore, the Zoo Aquarium de Madrid collaborates with a recovery and conservation program lead by the CSIC and the Governement of the Adalusian Region. Thanks to this partnership, many research initiatives seek to improve the loggerhead sea turtle reproduction and to prevent its extinction.

Additionally, other parks belonging to the Parques Reunidos group, such as Marineland (Antibes, France), also develop conservation programs to protect loggerhead sea turtles in the Mediterranean. This article from our blog goes over their achievements in 2020.

In 2006, the Junta de Andalucía and the Doñana Biological Station (CSIC) launched a project to restore beaches to enable the Loggerhead sea turtle (Caretta caretta) nesting in the Gata-Níjar Natural Park (Almería).

Two years later, eggs from a colony in Cape Verde were relocated and buried in the chosen beaches at the Gata Cape in Spain, where they stayed until they hatched. The Young were kept under human care for a year and the majority were reintroduced at the same beach where they had hatched, while the remaining ones were kept, to complete the cycle and lay new eggs.

In 2013, the Junta de Andalucía got in touch with different aquariums in the region to offer them to participate in the project. Through Selwo Marina, the Parques Reunidos Foundation joined the project, which has been since extended to Zoo Aquarium de Madrid as well. Thus, in April 2016, the Zoo Aquarium de Madrid received tree individuals who were born at the Gata Cape and were originally from the Cape Verde colony.

The Loggerhead sea turtle is an autochthonous species threatened at a global level. Their population in the Eastern Atlantic is of great importance to successfully connect those of the Western Atlantic with those in the Mediterranean. Yet, the first is currently classified as “Endangered” (EN).

A regressive global trend is affecting the main colonies, like the ones in Cape Verde and Florida. The Mediterranean population is stable but has a low population density, which places it in the “Near threatened” category. At a global level, the species is considered a “Vulnerable” (VU) one.

The Junta de Andalucía (Government of Andalucía) and the Doñana Biological Station (CSIC) collaborate in a program to restore beaches to enable loggerhead sea turtles to recover nesting locations.