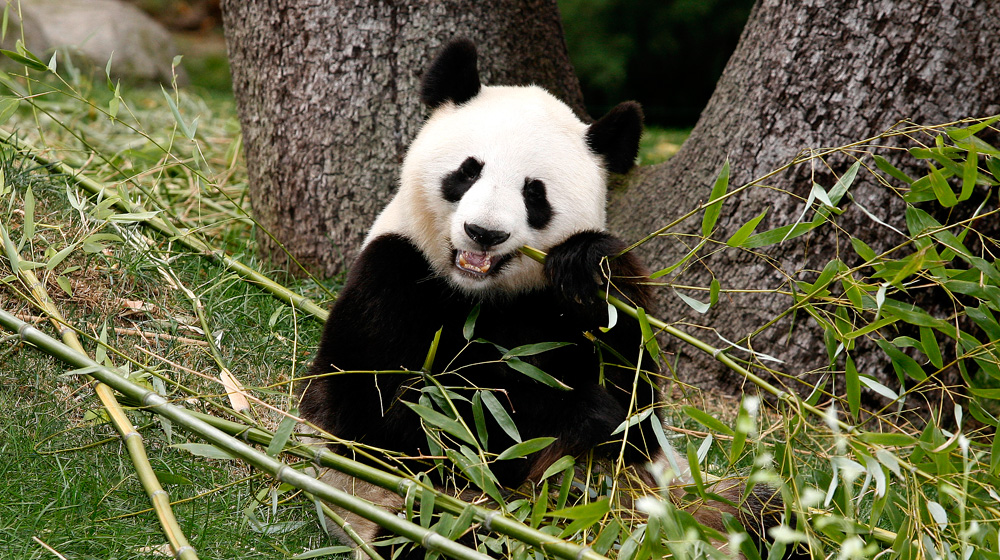 Collaboration with the Chengdu Research Base of Giant Panda Breeding to preserve and repopulate this species’ natural habitat.

In 1992 the Chinese government approved a national conservation plan for giant pandas, which regulates all conservation initiatives related to this species. Although it was a big issue in the past, poaching is now under control and current efforts are now centered in the conservation and restoration of natural habitats. To achieve this, bamboo forests have been replanted by reducing the amount of land dedicated to agriculture.

Nowadays, there are 6 different giant panda breeding centers in China, distributed across 37 protected areas. The last census accounted for 1864 individuals living in the wild, a number that the Chinese government expects to rise still thanks to the great efforts that are being developed towards the species conservation.

The close collaboration of the Parques Reunidos Foundation and the Zoo Aquarium de Madrid with the Chengdu Research Base of Giant Panda Breeding (CRBGPB) was reached through the Chinese Association of Zoos and Aquaria (CAZG) and the State Forestry and Grassland Administration (SFA) in June del 2007.

Giant pandas are a species endemic to China and their habitat is limited to bamboo forests in mountainous areas. For a long time, these forests were destroyed to transform them into agricultural land. These actions represented a great threat to the giant panda’s populations, which were reduced and became more isolated as time went by. Currently, pandas are only present in six mountainous areas located in the regions of Gansu, Shaanxi and Sichuan.

Habitat fragmentation is a serious issue in the case of the giant panda due to a specific characteristic found in bamboo trees, panda’s main food. All bamboo trees of a same species Bloom at the same time and then they die; this phenomenon is called the bamboo synchronous blooming and it takes place in cycles of 15 to 120 years depending on the species. When a panda population coincides with a bamboo blooming, the animals must migrate to a new area in search of a new species in order to nourish themselves. This process becomes quite difficult when pandas must search among bamboo patches that are not connected to one another.

The Parques Reunidos Foundation ha destined an annual donation to the habitat reforestation in-situ program that is trying to repopulate more than 2,5 million protected hectares within the pandas’ natural habitat in China.

The numerous efforts resulted, in 2016, in the update of the IUCN Red List classification of the giant panda, which changed from “Endangered” to “Vulnerable”.

Collaboration with the Chengdu Research Base of Giant Panda Breeding to preserve and repopulate this species’ natural habitat.