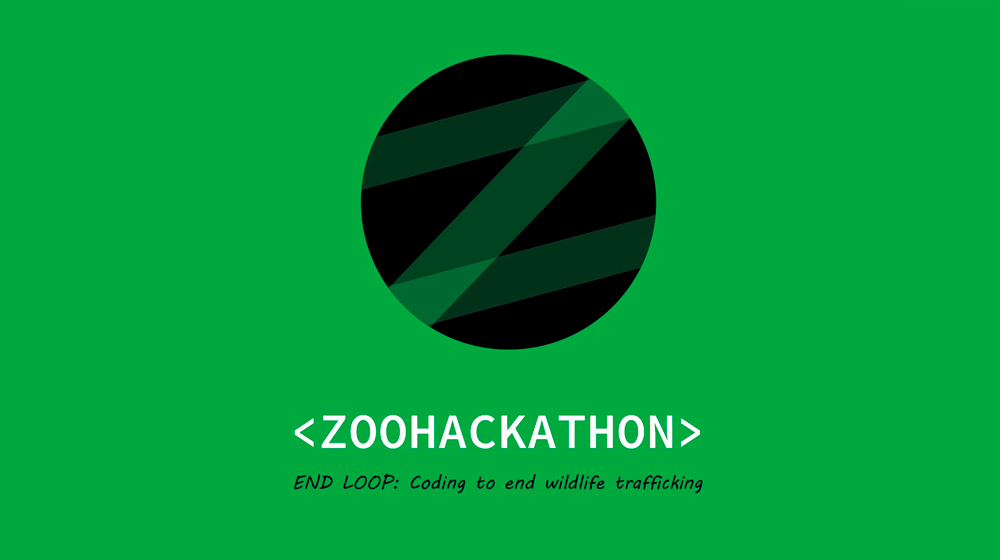 A HACKATHON AGAINST WILDLIFE TRAFFICKING

¿Why “Zoohackathon“? We want to make the best of the technology at our finger tips to fight poaching, wildlife illegal trafficking and the destruction of biodiversity as a whole.

Such practices have become some of the world’s most worrying illegal activities. They represent a serious threat to safety, political stability, the economy, natural resources, and to many countries cultural heritage.

Similarly, every years, poaching causes the deaths of:

Should this trend continue, future generations will be witnesses to the desappearance of all these species.

THE FIRST ZOOHACKATHON IN SPAIN

In September 2018 the Zoo Aquarium de Madrid hosted the first Zoohackathon ever held in Spain. Zoohackathon 2018 is a project that has been fostered by the American government, and it reached Spain through the Embassy of the United States.

Along with the Embassy, the Spanish Ecological Transition Department, the Guardia Civil Nature Protection Service (SEPRONA), and the Parques Reunidos Foundation also contributed to organizing the event. In addition, Zoohackathon 2018 in Spain falls within the actions expected by the ‘Spanish Action Plan Against Wildlife Species Illegal Trafficking and International Poaching’ (PlanTIFIES).

Thus, the event represented an important technological meeting where programmers, web designers, graphic disigners, coders, biologists, mathematicians and engineers from throughout Spain would come together. All participants had to present technological solutions to resolve problems such as poaching, wildlife capture, and species and byproducts illegal trade. Thus, Zoohackathon 2018 sought to protect biodiversity worldwide by intercepting its trafficking and making these practices known to society.

held for the first time in Spain, Zoohackathon 2018 was a success. This first edition hosted 12 multidisciplinary teams and 54 participants. After two days of hard work, two projects were awareded: