Home Blog Andrea Torres: “It is important to develop welfare indicators that can be used across the board”


“It is important to develop welfare indicators that can be used across the board and that are agreed upon, so that everyone works from the same basic and objective protocol”.

With this statement, InfoZoos’ Biologist Andrea Torres emphasizes the need to develop common criteria regarding animal welfare. The objective is to achieve a unified method to evaluate animal welfare at a global level, so that it can be measured regardless of the zoo where animals are held. this is a challege that seems necessary in an increasingly multicultural and globalized society.

In Torres’ view, developing these criteria involves an exhaustive assessment of factors such as physical condition, the environment, animal behavior, and bodily functions. These factors must be universal and fundamental “at a scientific level, well grounded, credible and based on objective parameters.” Additionally, each species is different and “needs different protocols and indicators”. The need for specific indicators for each species represents and additional challenge in Torres’ opinion because, while there is abundant information about some species, others are widely unknown.

The exhaustive work ahead

Looking at the work ahead, the biologist considers that meeting with professionals from different fields is a good start. Though they all have different points of view, they share a “common goal, which, in this case, is working together to improve animal welfare”. This is why Torres explains that the most important about establishing indicators “is to ask ourselves what can be improved, what aren’t we doing correctly, what can we do well, and share this knowledge with other facilities”. For Torres, indicators need to be a tool to improve the wellbeing of animals under human care.

In this context, Andrea Torres points out that the leading and proactive role that zoos are taking to improve their animals’ living conditions, as well as the importance of these institutions “in terms of education and conservation” constantly feed on each other in an effort to maintain and increase the relevance of zoos regarding environmental conservation.

Andrea Torres is a member of the experts’ focus group launched by the Parques Reunidos Foundation, which works to foster the collaboration among istitutions involved in preserving ecosystems and threatened species. The group’s members are: 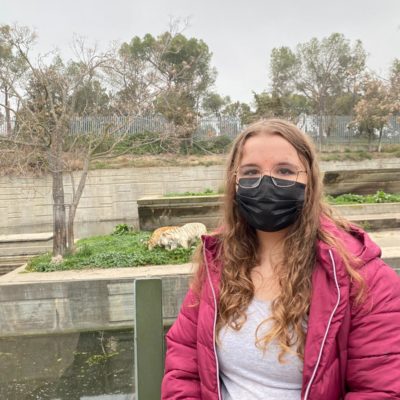